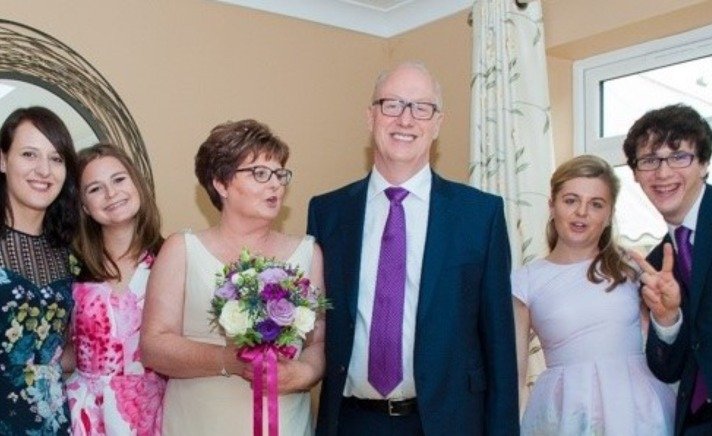 Local church: the place where so many of us first learn about Jesus and find faith. Where, week-by-week, the ordinary activities, services, and actions of the 50,000 churches across the UK, touch and transform the lives of so many in their congregations and communities. They’re amazing.

Yet, amazing as they are, it was the everyday ordinariness of a local church that changed the life of Stewart McCulloch, Stewardship’s CEO, after his first wife Jane died in 2009 – and it’s the very ordinariness of his story that Stewart wants to stress.

“As a boy I went to Sunday School and church and then, when I was about ten, I stamped my feet and stopped going.”

Fast forward to 2009. The local vicar made a pastoral funeral planning visit to Stewart, and found “a man lost in more ways than you can possibly imagine. Lost, because he had become a single parent. Lost, because his wife had just died. Lost, because he had not got a living faith.” The vicar suggested he come along to church, and so he did, sitting as far back as he could and taking it all in.

“It was the only time in my week that was reflective – and I would sit there and weep. As an adult Christianity never made any sense to me – but now there was not a single moment in my week that made sense other than this hour and a half each Sunday.”

As he sat there week by week, and wept, another ordinary, yet amazing, thing happened.  “The pastoral care team spotted I was turning up, sitting at the back not looking very happy. It didn’t take them long… three Sundays in John and Margaret asked me round for a coffee. And I went. So I began to have two and a half hours of peace and reflection in my week, and then there was the home group which made three and a half and the transformation began to take hold…”

Like many Christians, Stewart didn’t have a ‘Road to Damascus’ moment. His story is more of a conversion process which, because of how God met him in his bereavement and grief, he describes as, “God showing his commitment to me – not the other way round. I was in an intensely bad place – I can’t tell you when I gave my life to Jesus… it was more that he took it from me and gave it back better!”

The next stage of Stewart’s faith journey? Getting involved with the everyday workings of the church, perhaps best summed up by a short phone call he received around 2013 – “We need a new treasurer – you’re it!”

Through his role as treasurer Stewart got to know the two women – Vanessa and Sarah – who ran the church office and, to cut a long story short he is now very happily married to Sarah. Alongside the gift of this new relationship, God was also nudging Stewart into a new career, moving from the world of finance to the Christian charity sector.

Ask Stewart what the local church means to him and there is a lengthy pause before he answers: “A recent survey carried out by Stewardship and the Evangelical Alliance showed that one third of the Christians who’ve reduced their giving to their local church did so because they thought that other charities can better do the work of their local church – but they are wrong! The local church is God’s chosen instrument of hope. It is the true engine of transformation where thriving churches fuel thriving communities – where the seeds of hope are sown and grow. Yet for some reason we don’t celebrate it enough.

“The church can give the world a run for its money – an ounce of hope is worth a ton of money! The practical help, the gospel inspired hope and the deep pastoral work of personal change – all drive real lasting change into our communities like nothing else can. We tend not to appreciate the gigantic leverage and scale we have as five million active Christians in 50,000 local communities around our nation, and we need to look at the truth of what this amazing group of people achieve where it counts – in millions and millions of small acts of kindness to real people in real need in our communities.”

Thinking back over the adventures of the past 12 years Stewart reflects: “What’s changed most has been me. And the fruits of that change are bone-deep: I think and live in a completely different way.”

A man and his whole life utterly transformed by saying yes to a simple invitation to ‘come along’ to his local church.