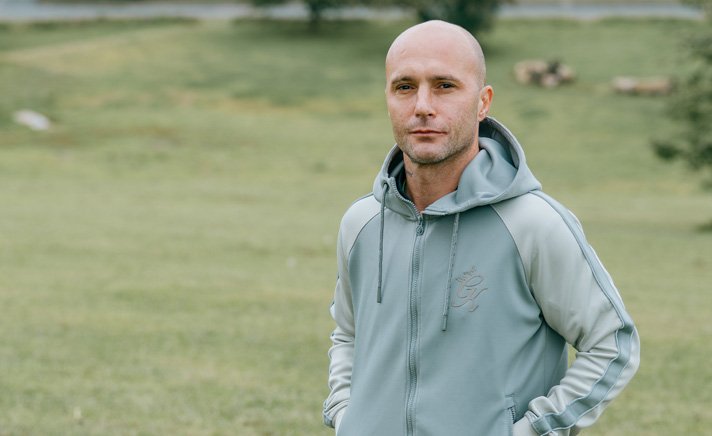 Don’t Just Tell Me God Loves Me. Show Me.

A man stands in his boxer shorts shouting at passers-by in Trafalgar Square. Life holds nothing but despair for him. Tourists and shoppers avoid his eye and put their heads down, hurrying past, not wanting to get involved.

He’s called Brian, not that anyone passing by would know that.

Homeless statistics in London are horrifying. The number of rough sleepers in the capital has doubled in the last ten years. This year alone, eleven thousand people slept rough. The average age of death for a homeless person is forty-four, often due to suicide.

And that’s where our friends at London City Mission come in. As the festive season approaches, their Christmas campaign features Brian, now employed, reconciled with his family and a follower of Jesus. Everything changed for him when a fellow rough sleeper took him along to Webber Street Day Centre. Welcomed, accepted and given the opportunity to hear the gospel, Brian was particularly touched by two parables, that of the Prodigal Son and the Mustard Seed. “I realised that God loved me, and that there was more to life than I’d thought,” he recalls. Brian was referred to a Christian rehab centre and maintained contact with the LCM missionaries who’d befriended him at Webber Street.

Words without deeds are no good to the rough sleepers in the capital who may never hear the gospel. LCM’s mix of practical help alongside the sharing of the good news of Jesus has transformed many lives.

Webber Street is a vital part of LCM’s work, offering a safe refuge plus gospel hope for their clients. Relationships are made there, caring for the whole person. There is an opportunity to be referred into other services, to shower, have a hot breakfast, enjoy therapeutic activities, listen to a daily Bible study and have a chat with someone who genuinely cares. The mix of practical help and gospel hope is what brought Brian to Jesus.

Rachel Wagstaff, Director of Engagement, remembers visiting Webber Street and speaking to a young man who had lost hope. “I asked him how he was, and he said, ‘I’m awful. I don’t think I can carry on like this.’ My heart broke for him – he was just twenty-four years old. Once we got him inside at Webber Street, he charged his phone, changed into dry clothes and had a hot breakfast and a cup of tea. One of the missionaries called across the room, ‘I’ve got a coat here that I saved just for you.’ He looked like a different person and was smiling. We see our work as an act of worship. Everything we do comes from Jesus and reflects on him.”

LCM’s Christmas appeal gives people the chance to join in transforming lives in the capital. There are so many ways to help. Donations to the Christmas campaign will go directly towards reaching out to people just like Brian and demonstrating God’s love to them through practical, loving service. For local supporters, Webber Street welcomes volunteers and good quality lightly-used men’s clothing. Churches can show the Christmas campaign video featuring Brian in their services and set up a collection for LCM.

“When I hear some of the things our clients tell us, it shocks me to the core,” Rachel says. “One in ten homeless people have been urinated on and a third have been assaulted with no provocation. They are made in the image of God, just as valued by him as we are. When Jesus lived on earth, he spent his time with the people on the margins. That’s what we want to do.”

Give to London City Mission