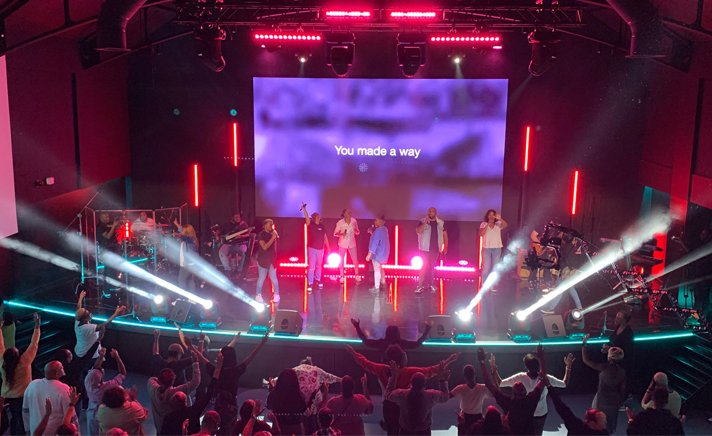 The Tab Church began meeting in 1957, in a little RAF Hall in Lewisham, led by Bishop Leon Edgar White and his wife Genie. It was a small congregation, but the church grew and moved premises several times within the borough. After Bishop White passed away, his son Michael became the senior pastor, and the membership grew again. “The building was starting to shackle us, we couldn't do all the things that we wanted to do within the community,” said Monica Knight who is a trustee and long-time member of the Tab Church. So in 2012, they started to look for properties that would establish something for the next generation.

When they first visited their new building, it was a snooker hall right in the middle of Lewisham High Street. “I remember looking at the bar and all these snooker tables thinking, how on earth is this going to be a church? But Pastor Mike White is a visionary, and he was able to work with people who helped him to turn it into what it is now,” said Monica.

A series of fundraising and pledges from the congregation helped to secure the funding needed to transform the building. The church leadership quickly put together a CGI vision of the refurbished building. “It helped the members to see – this is what our new building could look like! And it really spurred people on.”

Lewisham has a mixed demographic with pockets of affluence and deprivation, both of which are represented in the congregation. With high levels of teenage pregnancy, problems of substance abuse and mental health issues, it’s an area with many needs. “Particularly where local authority funding has reduced, it’s even more important for churches and local community organisations to support those needs,” said Claudette Brown, trustee at the church.

The Tab Church aims to be both an inspiration and a refuge to the local community. Monica recalled, “Pastor Mike said one Sunday, ‘If you’re someone walking around with a gun or a knife, you can leave it right here and we’ll pray with you.’ That’s how we are: we just want everyone to feel like they can be at home with us.” Even the building itself represents how The Tab Church want people to change and grow as they encounter Jesus. “This building was derelict but today it’s something we can celebrate,” said Claudette.

There have been obstacles along the way, but God has always provided. “Our previous funder pulled the funding and we thought, ‘what do we do now?’ We had subscribed to Stewardship’s consultancy helpline service, so Pastor Mike said, ‘Give Stewardship a ring and see if they have a list of funders.’”

Claudette ended up speaking to Chris Perkins, Stewardship’s Head of Church and Charity Lending, who explained that Stewardship would be able to provide the church with a loan. “Manuella and Chris from the Lending Team connected with us and became our advocates. We were able to have really honest dialogue about what we needed to do to make the vision come to pass.”

As you walk out of the atrium of the church, you can see 2 Corinthians 5:7 displayed: ‘For we walk by faith not by sight’ (KJV). “When I couldn’t see how we would complete the building and would come in and my handbag and clothes would be full of dust, I remembered that verse,” said Claudette. The Tab wants to be a beacon of hope, difference and change within the community, willing to serve others. “I think, as a black led organisation, we want to continue to raise aspirations, inspire, and knock out the perceptions of what it is to be a black led church.”

Stewardship is a provider who understood the church’s aim to establish the Kingdom of God. Isaiah 56:7 which describes ‘a house of prayer for all nations’ (NIV) is how Monica sees the church in their community: “It doesn’t matter whether you are black, white, red, yellow, whatever. Wherever you are coming from, whether you are a rich man, a low man, a high man or a poor man: this was going to be a place that everyone could come to.” 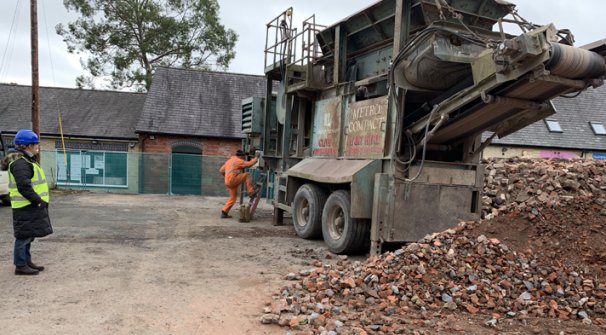 Hope Church was started in the 1960s in the home of a couple in Oswestry...

Start giving today one of our easy to use accounts

The Stewardship Giving Account allows you to activate your giving potential and support the causes you care about. By managing all your donations in one central place, you can increase your impact, discover new charities and boost your donations with Stewardship’s Instant Gift Aid.

Control all your charitable giving in one easy to manage place

Discover more charities working for causes you care about

Discover more charities working for the causes you care about

Learn more about Giving Account for Companies
Our Church and Charity Giving Account is a simple, effective way for your church or charity to support good causes from one secure, online account.

Discover and connect with more causes

Learn more about Giving Account for Churches and Charities