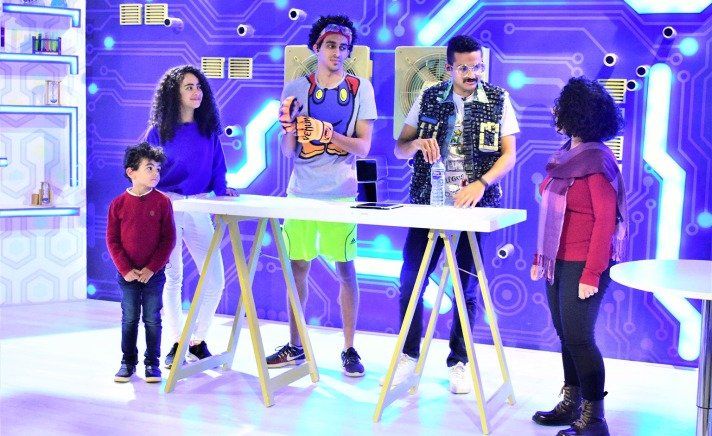 The Transformative Work of SAT7 Broadcasting in the Middle East

In a Kuwaiti refugee camp, a mother and her daughter sit and watch a programme on a laptop. The little girl is beaming and murmuring words to herself. The programme is Family of Jesus and the broadcaster is Christian charity SAT7.  Once the programme is over, the woman sends an email to encourage those who make the programme. “God bless you. I have a three-year old daughter. It’s difficult for me to send my daughter along to Sunday school so we watch the programme Family of Jesus regularly. My daughter has memorised many Bible verses and songs. You are a good influence on children and she loves you deeply.”

In many countries, taking children to Sunday school is the norm. However, there are places where it is incredibly dangerous to share the news of Jesus. 25 years ago, SAT7 was set up to encourage isolated Christians in their faith and give a fresh perspective to those who have questions. Rachel Fadipe is the Chief Executive of the charity.

“We are a Christian television ministry who work to support the church in the Middle East, helping it to grow in Christian faith and witness. Many people think of the region as a war zone, full of poverty and persecution. We’re telling a different story, one of a vibrant and supportive church with many lives being impacted in challenging times.”

Media professionals broadcast on four channels in Arabic, Farsi and Turkish across twenty-five countries to over twenty-five million viewers. Programming includes worship, discussion, testimony shows, drama, documentaries, Christian teaching and children’s and youth shows. Family of Jesus is one of the programmes for younger children which is having a huge impact on families across the Middle East. It’s vital as fifteen million children in the region have no access to education and the pandemic is only making the situation worse. By accessing SAT7 programming, those living in refugee camps and extreme poverty can receive at least some education.

The charity touches people directly, as Rachel explains. “People are thirsting for the gospel. A Turkish man contacted us to ask for a Bible. He said, ‘I asked for a Bible, and you sent me one. Thank you so much. Now I can be taught the word of God.’ In Iran, there is a huge drug problem, particularly among educated young people. A woman called Leela contacted us asking for prayer for her brother. He had no faith in anything and was addicted to drugs. Leela told us, ‘He was greatly affected by the prayers and was touched by the Lord. Now he stays away from drugs, acknowledges Jesus and prays while watching our programmes. My husband has also become a believer.’”

25 years ago, SAT7 broadcast for two hours a week from a rented studio. Now they are on air 24/7 on four satellite channels as well as offering the first ever Christian on-demand video service. Many of the broadcasters have made huge personal sacrifices to do this work. “Our UK-based Iranian broadcasters can never go back home. There is too high a risk for them and their families. They face persecution and the suspicion that they are not real citizens of their country. We value our supporters’ prayers for wisdom in all they do and we constantly remind them that in God’s eyes they are precious.”

In many Middle Eastern countries, when someone becomes a Christian, their families reject them. The son of a conservative religious leader in Algeria watched a SAT7 programme, contacted a church leader and became a believer. His father refused to let him in the house, but his mother finally persuaded him to understand that everyone is free to choose their own religion.

“When we started, people laughed and told us what we were doing wasn’t possible. This year, we’re marking our anniversary with a prayer meeting to give glory to God for all he has done and will do for the people of the Middle East.”

Give to the work of SAT7 here