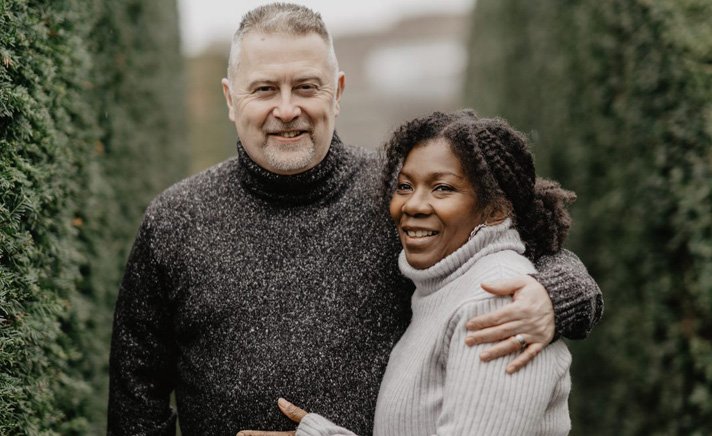 Into the Unknown: Edge Ministries

Carl and Viv Palmer are stepping off the cliff.

At least that’s how they describe the move away from secure jobs in London for 28 years, to unsalaried work in a small community in Staveley, Chesterfield. Carl has been a pastor for many years with Viv serving alongside him.

Carl didn’t grow up in a Christian home but attended a Billy Graham rally in a football stadium when he was 18. Carl says, “I was part of the Boys Brigade and signed up for what I thought was a coach trip to Norwich – I had no idea we were going to hear an evangelist speaking.” But he never looked back after giving his life to Jesus that night.

Viv grew up in a Christian family who took her to church and tried to help her read the Bible, but with only a King James Version, it was hard for her to decipher what Christianity was all about. Viv wanted to live well and had a sense of needing to do what was right but was very aware of her faults and couldn’t see how to make living for God work. Enter Carl.

Carl and Viv met as they both sung in a gospel choir. Carl spent time with Viv explaining to her the love and grace of God, how even though we fail and sin, God welcomes us back when we turn to him for forgiveness. After one such evening at the choir, Viv went home and prayed. She asked God to come into her life and felt an immense sense that the burden of never being good enough was being taken off her shoulders.

So what cliff are we talking about here?

Carl and Viv have given up ‘regular work’ to serve with Edge Ministries. They have been inspired by the vision of Edge to go to forgotten people in forgotten places. Often in urban areas there are people with great needs, but there are also various community facilities. But some areas in the UK are barren. There are many who live in places that can hardly be called communities. They are isolated, lonely, in desperate poverty and often struggling with mental health issues or addiction.

There are Edge Communities, made up of Christians committed to serving those around them and enjoying fellowship together. Then there are Edge Centres – these are hubs with free drop-in cafés, toddler groups, or advice for those struggling with debt, benefits or addiction, depending on the needs of the local community. They even wash, iron and distribute old school uniforms to give to families who struggle to clothe their children for school.

But how, exactly, does Edge bridge the gap between being involved in social action and sharing the gospel?

Viv says, “Building relationship and loving people is so important: not pre-judging others but listening well. You have to really love the people God loves, but you also have to lead with Jesus. Modelling to others how you put your life in his hands and showing what happens when you do that.”

In all their conversations with local councils or other agencies they partner with, they are clear that the gospel is front and centre, that it’s Jesus who’s transformed their lives. Otherwise, as Carl says, “People end up thinking that you are just a really great person, and that Christianity can’t be for them, because they are not as good as you.”

Carl and Viv have always experienced the provision of God in their lives. They have noticed a pattern of stepping out in obedience to God while not knowing what will happen financially, only to see God provide soon after. In the first week after their move from London, they received enough funds to provide for their moving and living costs for a couple of months as well as to give to those God placed on their hearts.

Doing the Stewardship Support Raising Training has been a great help to Carl and Viv as they thought about their new way of life without a regular income. Seeing that living with a team of partners who encourage you, pray for you, and support you financially, is a real blessing. The stumbling block for Carl was wondering whether they would end up living in poverty themselves. But he realised through the training that it’s ok for Christian workers to receive a decent salary. Knowing how generous God is by nature, means not only will he be generous to you, but that he wants you to live generously by giving out of what he provides.

Carl also realised that he had a fear of asking others to join their partner team. He knew that part of him didn’t want to be reliant on others for his finances, but he recognised it as illogical, because we are all reliant on God for our whole lives, even our very next breath. There is no real difference in trusting God to provide through the generous giving of others and trusting God to provide through a salary – everything belongs to God anyway.

Although this move and financial life change is daunting and staring over the edge of the cliff can be scary, Carl and Viv know that they are where God wants them to be, and they want to learn to trust him more.

GIVE
Support the work of Carl and Viv

Pray for Carl and Viv as they work to pastor the local Edge ministries team and develop useful resources.

Visit Edge Ministries website for ways to get involved: edgeministries.net 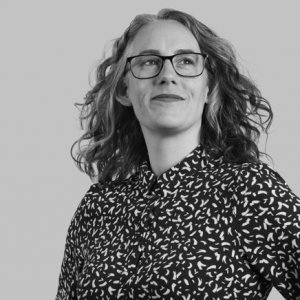