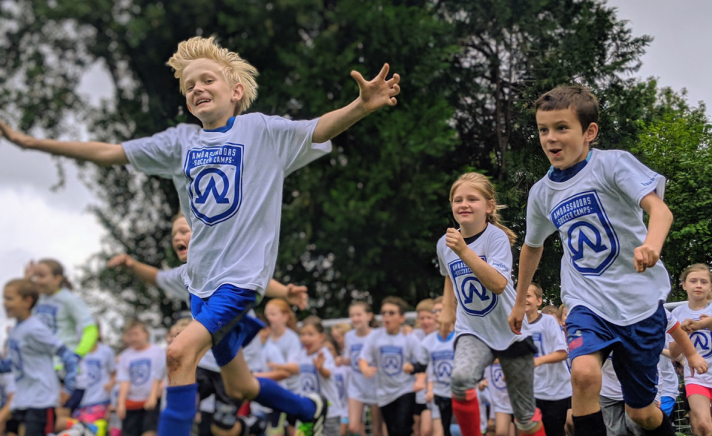 It’s hard to believe that it’s now been over a year of social distancing and lockdowns. I’m feeling tired, aren’t you? I’m longing for normality but there’s also so much that I’m grateful for over this past year. In fact, there are even a few changes that I plan on bringing with me through 2021 and beyond.

The charity I work for is called Ambassadors Football and, in a nutshell, we use football to spread the amazing news about Jesus with the world. Like many other charities, our physical work has had to be put on hold this past year and we’ve had to adapt to a virtual way of conducting our ministry. Of course, financially we’ve been impacted too. A significant amount of our income is raised through Holiday Camps and large-scale fundraisers like the Great North Run, both of which haven’t been able to happen like normal. To have these two significant forms of fundraising taken out of the picture means that suddenly we have to rely fully on donations from individuals and churches, which we call Ministry Partner Development (MPD).

Initially this was a daunting prospect for me. Relying on MPD felt much less stable than being paid to put on an event. I certainly had less control over it anyway. When facing the setback of losing two big sources of income, I had to question why I was afraid that MPD wouldn’t be enough to keep us above water. If I believe that giving is something God puts on people’s hearts, why am I doubting that he will do it? I felt challenged to restructure my thinking and to rightfully see God as bigger that my circumstances.

We were motivated as an organisation to really embrace this means of raising support when we took part in an intensive MPD course for three days. Staff were encouraged to pray for people to join our personal support teams and then approach those God put on our hearts. Despite times being financially harder for people at the moment, almost everyone we asked said yes! Amazingly, not only do we have more money coming in from this source, we have a larger team of people to be supporting, encouraging and praying for us and Ambassadors’ ministry.

It’s a humbling thing to feel carried by others. It is also amazing once you grasp that it’s God working through his people. This realisation forced me to consider how much I was trying to control events and finances in my life. I may have control over whether I run a marathon for money or put on a Holiday Camp, however, I don’t have control over people’s generosity – but God does. And Ambassadors is his mission, not mine! He will provide and he wants to use his people to do so.

A year into various lockdowns I can look back and see how amazing it’s been to be supported financially by a team of people. I am aware that larger charities have had difficulty in paying staff, even with the government's furlough retention scheme, yet we have been able to keep going because regular donors kept giving through thick and thin. We have had new donors come on board and various one-off donations have been given that have enabled us to keep on going. I hope, if this pandemic has taught me anything, it’s the necessity of community.

More importantly, I think I have learnt about handing the control back over to God. It’s acknowledging that I need him. Every day I need to question whose strength I am relying on and if it’s my own, my ministry will be significantly less effective. Helpfully, God knows how easily we can slip into this complacency and it’s one of the reasons that the church body is a living symbol of inter-dependence. Relying on the generosity of others is a daily symbol to me of giving God control (which he has anyway!)

Our new goal is for the majority of our income to be through Mission Partner Development support and not from grants or project income. Although there is nothing wrong with these forms of fundraising, we are convinced that there is so much to gain from having a team of people supporting and praying for our individual staff instead. We have learnt, through the pandemic, that God’s kingdom is so much more stable than systems put in place by the world.

It’s so countercultural to learn to rely on others and to be part of the process yourself! God has provided remarkably for us this past year and I am so thankful for what he has taught us along the way.

He has a wonderful plan to reach all people with the good news about Jesus and isn't it amazing that we get to be part of it?