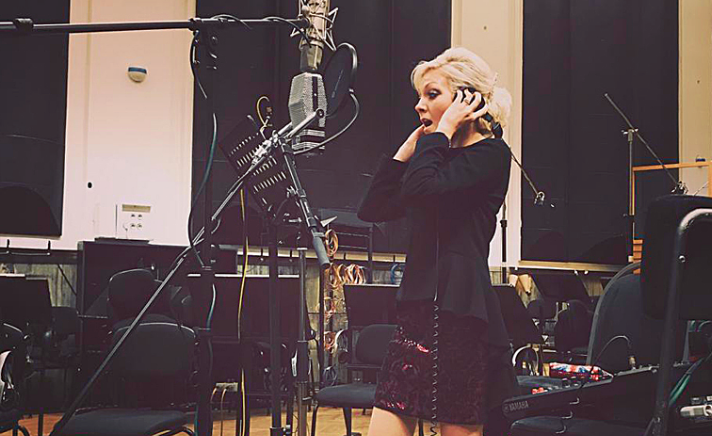 Trusting God With a Loss of Income

Imagine having fifty-eight prom dresses hanging up in the wardrobe. Mostly strapless, with full skirts and embroidered with crystals and sequins, they come in all the colours of the rainbow and are one hundred per cent concert-ready. Their owner was too until the pandemic hit and she watched all her work disappear overnight.

Internationally renowned coloratura soprano and crossover singing star, Christina Johnston, was due to have her busiest year yet in 2020.

As Ambassador for both War Horse Memorial and the Purple Poppy Appeal, she had a diary packed with concerts and events. She was performing at the Last Night of the Proms with the London Mozart Players, recording a new album and had lots of private events planned. The single she recorded for Purple Poppy in June will now be coming out next year and one of her songs will be featured in a Hollywood film next month, but her busy schedule is now just a memory.

“When I first realised that all my events were going to be cancelled, I was full of fear. I didn’t know how we’d manage. My husband is Russian, and until he gets his residency, he’s not allowed to work. As the sole breadwinner, I felt a huge amount of pressure on my shoulders. Whenever I prayed, I felt God telling me, ‘Don’t worry. I will cover you; I will make it right.’

“Although I knew that I could trust in God, my human anxiety took over at the beginning of the pandemic. I suppose I could have stayed at home, worrying and fretting, but I felt that to do that would be frittering away my gifts. It would have been ungenerous.

“Soon after that, I saw a message on the Felixstowe Residents’ Facebook page. One of the carers posted that none of the residents in her nursing home had seen their families for a couple of weeks. She wondered if anyone knew a singer who could come and entertain them. I responded immediately. I had lots of time on my hands and I wanted to share my God-given gifts to help lonely and vulnerable elderly people.”

Christina’s first performance was a far cry from her usual appearances on world stages. In the biting March wind, she stood outside singing to the elderly people on the other side of the glass.

“I put together a programme of musical theatre and uplifting songs to make them feel good. One old gentleman was very grumpy about it all. He told Emma, the lady who had reached out, ‘I don’t like opera and I don’t like opera singers!’ Emma told him, ‘This one’s different,’ and when I sang ‘I Could Have Danced All Night’, he started crying. By the end, he had left his seat and was dancing in the conservatory. It made me feel so good. When I got home, I thanked God for using me to make others happy. I didn’t expect to get anything back, but when someone shows appreciation, it makes me feel truly humble.”

News of the concert spread quickly and Christina was soon booked up for the next two weeks. “I performed three times, then lockdown happened, and that was that.”

Christina had generosity modelled to her from the very start. “My dad always taught me that we should be as generous as we can. He used to say that whatever you have in life is a gift from God. The more generous you can be, the more He will bless you, and I’ve certainly found that to be true throughout my life, and particularly in the last few months.”

With no income for the foreseeable future, Christina has learnt to lean on God and since found her faith growing. “I’ve learned that I need to spend more time with Him and hand over my anxieties and fears. I like being in control, but this experience has taught me that I really need to trust. I’m used to being booked for a performance and being paid, but that’s all stopped. When I sing now, I have to rely on people’s generosity, people I may never have met. That was quite scary in the beginning, but I feel motivated to carry on with God’s support and the help of my prayerful friends.”

Reaching out to the elderly in her community moved Christina onto the next step; weekly online concerts. “I’m actually quite a shy person, and the thought of singing at home in my studio to an audience I couldn’t see filled me with fear. I prayed and felt God telling me that this was what He wanted me to do. I’d never have done anything of the sort in the past, but that prompting motivated me to step outside my comfort zone. I’m so glad I did. I’ve been able to reach so many new people and bring them joy in difficult times.”

For now, weekly online concerts are the only events in Christina’s diary, but her generous spirit is winning her new fans and followers. Her dresses are seeing the light of day in Felixstowe, but her prayer is that they will soon be worn on the world stage again. Until then, she’s listening for God’s prompting and being generous whenever and wherever she can.