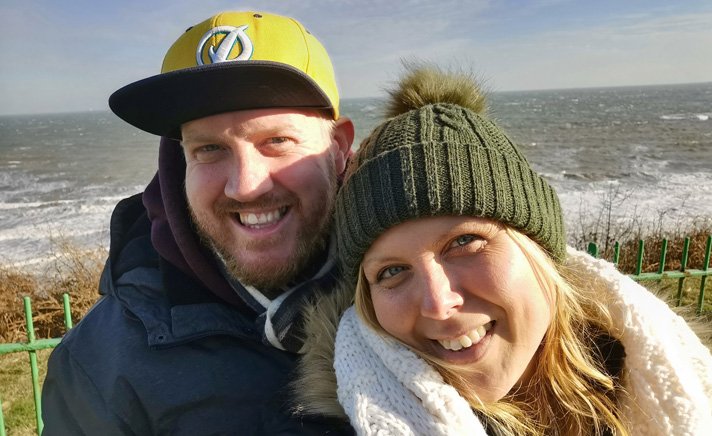 Making Waves for God across the Solent

“The journey was eventful to say the least. Our car broke down five times, we missed our ferry, then had the task of rebooking tickets which, because of Covid restrictions, was a nightmare. The heat was unbearable and to top it off the ferry broke down in the middle of the Solent. At that point Emma and I just looked at each other and laughed.”

Little did Ben Carman know that this hectic holiday trip to the Isle of Wight would lead him, his wife Emma and their three boys to leave their church in Essex to plant a church on the Island.

In a year of cancelled plans, postponed events and placing projects on hold it sounds impossible, but just over a year later the Carman family have established Altitude Church in the Bay area of the Isle of Wight and they are hugely excited about making Jesus known in this seaside community.

Ben was an assistant pastor at their church in Essex, where he was responsible for the youth ministry. Assisted by Emma, the ministry grew from 10 or so children to developing a regular Sunday youth service for around 50 young people. Ben was a teenager when he came to faith and his testimony provides a backdrop for his passion to teach young people about Jesus.

“I was in a gang from the age of 12 and involved in all the usual gang behaviour. After being ousted from that gang I felt extremely lonely and longed for something new. I started going to church and that changed my life.” At 17 Ben gave his life to Jesus, committed himself to serving God, and entered a lifetime of ministry.

Ben had always felt that the Holy Spirit has led him to a life of service, but it was a family staycation to the Isle of Wight that led him and Emma to step out in a new direction.

When they finally made it to their destination and began to settle in, it was Emma who, noticing the number of churches that had been converted into flats and other buildings, turned to Ben and voiced the question, “Shall we plant a church here?” Unbelievably, Ben had been thinking the same thing and that was the moment they began to give it serious consideration.

The couple sought God’s guidance and began praying for direction then and there on holiday. “I was convinced that in order to step out in faith I needed God to give me a sign,” says Ben. I wanted a strong word from God so I could be sure this was his plan for us and not mine. Emma was more at peace with praying and seeing what happened.”

One morning whilst Emma was on the beach, Ben was listening to a podcast by an American preacher who suggested that Christians shouldn’t be crippled by waiting for a sign from God. He spoke about trusting the Spirit in decision making rather than looking for signs. Ben laughs as he admits this advice ‘not to wait for a sign’ presented itself as a sign for him to start thinking seriously about establishing a plant; God’s irony was not lost on Ben. Emma returned excited about a devotion she had read that led her to feel confident that God was calling them to move to the Island. These events, followed by an encouraging Zoom call with a pastor, made the couple certain that they should go ahead. A few weeks later they put their house on the market and started making plans to relocate their family.

There was much to organise, not least funding for their new ministry. Ben and Emma approached their church who, whilst hugely supportive, were unable to entirely fund them, so Ben began looking at options. He was introduced to Stewardship and began talking with Alex Huson from the Stewardship Church Planting Team who caught Ben’s vision to reach the lost on Isle of Wight from the start. He took Ben through Stewardship’s Church Planting Pathway.

“The Pathway is a phased process, which provides advice about how to fund your role as a new church leader all the way to establishing and forming a charity.” Alex explains.  “Stewardship helps break down the steps involved and provides bespoke advice and assistance at each stage. It was exciting going through the process with Ben and seeing how Stewardship could positively support his ministry.”

Ben recalls, “As we were not yet a charity Alex advised us to open an Individual Partner account with Stewardship. This immediately enabled us to approach family and friends for financial support. Stewardship handled the donations, claimed the Gift Aid, and passed the money on to us. It provided our supporters with confidence to give and took the hassle out of raising financial support.”

With funding coming in, things began to move quickly for Ben and Emma. They approached four individuals who agreed to become trustees, with one of them willing to become their treasurer. “Our treasurer has worked with Stewardship for many years, and he was over the moon to hear of our links to them. He now deals directly with our new church account with Stewardship, which leaves me free to concentrate on growing the church.”

Six months after their holiday, the Carman family moved to the Isle of Wight and Altitude Church was formed. After eight weeks, the church became established as a charity and, with Alex’s guidance, Altitude opened a Stewardship Church Partner account. It was huge progress for Ben. “Having a Church Partner account has enabled us to get to grips with our fundraising and approach individuals, churches and Christian grant making organisations. It’s linked to our website so supporters can give easily and we receive the Gift Aid immediately. It’s a real game changer.”

When asked how Altitude is going, Ben lights up. “God has been gracious and kind in so many ways. Emma had the idea of providing families with breakfast bags on a weekly basis, which has given us links to the community. I have been given free food to distribute and the church now receives 15% off all grocery purchases from Morrisons supermarket. God is good.” Ben and Emma have connected with a few families who attend evening groups in their home where they study God’s word together and the church meets on Sundays in a YMCA chapel.

Ben acknowledges, “All that has been achieved is through prayer. We love Matthew 16:18 where Jesus says to Peter ‘I will build my church, and the gates of Hades will not overcome it.’”

Give to Altitude Church

Prayer for the Isle of Wight to experience a revival and for the church plant to grow spiritually, physically and financially into a church that sees the lost saved and an island restored back to Jesus.

Follow Altitude Church and engage with them on social media to help network the church with other plants and people who may want to be involved.

Learn about how Stewardship can help with Church Planting 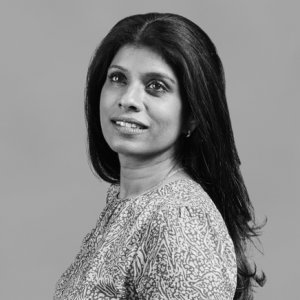 In her role as Church and Charity Customer Support Executive, Shobi provides advice and customer support to Stewardship church and charity partners. Shobi trained and worked as a local authority solicitor and then joined the staff team at her local church where she served for six years. She joined Stewardship in March 2021.

Shobi lives in South West London with her husband, three teenage daughters, and their lively cocker spaniel. They worship at their local church where Shobi serves as a Sunday school leader. She has a real desire for children and young people to learn about Jesus and in the past has enjoyed running and leading church holiday clubs and cooking on Christian summer camps. Shobi is passionate about evangelism and enjoys reading and studying the Bible with people.