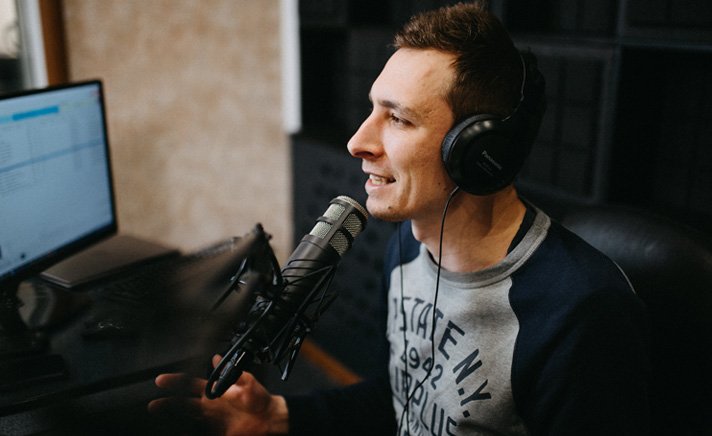 “Now is a golden time to just say it straight about God! In our broadcasts before, we would be really sensitive and offer ‘pre-evangelism’. Now we just read the Bible and Ukrainian people are open to God. On some of our social media posts we have 1,000 comments – people crying out to God and praying.”

These are the words of Iryna, a broadcaster for Feba Radio in Ukraine. They have a network of stations across the country but have recently had to relocate their main hub to Chernivtsi in southwest Ukraine. Their programmes speak directly to those facing real fear, uncertainty and isolation that few of us can imagine.

Before the war broke out, Feba’s partner (FEBC Ukraine) had a vibrant and growing radio ministry employing 25 staff and a committed volunteer base of about 40 people. The seven radio stations and online digital channels had coverage across the whole country – broadcasting creative content that shared the good news of Jesus. The communication was never one way and a follow-up team, which includes qualified counsellors as well as volunteers, offered a telephone service praying and giving support.

In the first few days of the invasion, one of the stations based in the east was damaged but thankfully the other six stations are broadcasting, and the team are still producing their online content too. The new state of the art studio and media training centre that opened in Kyiv last October now stands empty, but the miracle of technology means that the team can access it remotely. When they will be able to return remains unknown.

The response from listeners has grown four-fold with desperate people responding to the broadcasts and calling the team, as well as a marked increase in engagement with social media posts.

Igor is another broadcaster: “We have been using messaging apps with teenagers and young people. Yesterday we prayed with a lot of young people who have never heard of Jesus. People from all over the country are connecting with us and some are receiving Jesus as their Lord!” Igor had been broadcasting from a bomb shelter in Kyiv but he has now moved west, where he is separated from his family who have safely arrived in Poland. “The programmes where I am reading the Bible – and particularly the Psalms – are especially popular. There aren’t many good recordings of the Bible in contemporary Ukrainian, so people are not used to hearing the word of God read aloud in everyday common language. We have become like family to listeners: people are isolated, relocated in new cities or in bomb shelters, so we have become a safe space and listeners are no longer alone.”

Feba also broadcasts in Russia, with a team of 23 staff and about 60 volunteers – based mainly in St Petersburg and Moscow. The team in Russia have faced different dangers and challenges since the start of the war, and the situation is getting more difficult. The economic sanctions are kicking in so access to specialised technical equipment, support and parts for repairs are now becoming scarce or unavailable. Alexey is the Director of the ministry in Russia: “The government has started to close independent radio stations. This is a new era of censorship, and it is more and more difficult to share the gospel message. Social media platforms are fraught with difficulty, so we use Virtual Private Networks (VPNs). Thank God that is still possible, but we can’t do things with the same quality and stability.”

“Many Russian people are shocked and horrified by the war and feel utterly helpless, not knowing how to help their friends and family in Ukraine, but also afraid for their own lives. Unfortunately, the country is divided, and has divided families and friends both in Russia and between neighbouring countries; many Russians are blinded by propaganda, living in a different reality. Our challenge is to reach all Russians with opposing views, and our prayer is how do we share the good news in this era of new censorship and new laws.”

One fortuitous strategic decision that had been made for the continuing growth of the ministry in the region was to open a new production and broadcasting centre in Moldova. In light of the established instability they have fast-tracked this project, and the hope is that this new facility will help to ‘future proof’ their ministry in eastern Europe to some degree, enabling them to provide coordination and support from a relatively stable base.

Bob Chambers, CEO of Feba Radio said, “The ministry in Ukraine has flourished in recent years, and the young, dynamic team have a tremendous heart and ability to share the gospel with the people of their beautiful country. The dramatic escalation in the long-running conflict has taken everyone by surprise and is obviously devastating, yet the team members’ resolve, faith and reliance on God has been inspirational. We give thanks that they have been able to continue with most of their ministry, whilst also praying for their protection and for wisdom to know how best to respond to the evolving situation in Ukraine.” 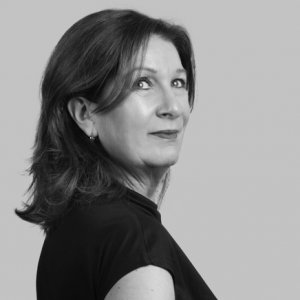