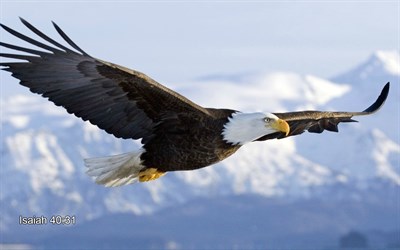 Give monthly Give one-off

In 1985 I was given a prophetic word that God would use me to preach His word first in Jerusalem, then Judea, Samaria and to the ends of the earth.  At the time, I didn’t understand what He was saying but my pastor, who heard the word being given to me, did.  I started to train to become a Local Preacher in the Methodist Church and to journal what I felt were specific words from The Lord. Ten years later I started to serve with an International Interdenominational Ministry.  Over the following years God spoke to me many times about being called to the nations.  I always journaled a word when I sensed it was from God and looking back over the past 35years this phrase “call to the nations” has been a significant one, repeated in 2001, and again in 2018.  I thought at the time that this call would be fulfilled whilst serving as part of a team within this International Ministry, but in 2017 God clearly spoke to me in my personal worship time about laying this ministry down and having a year of being and not doing.  In obedience I stepped down from leadership and all the opportunities that had been given to me to preach, teach and train, as well as the spiritual and ministry development that had been available for me personally.

Within 6 months of laying this down I received an invitation to minister in Peru, South America as part of a 5-fold ministry team.  During that time again through a prophetic word, God spoke to me saying, “NOW is the time to fulfil My call on you for the nations”.  On my return from Peru I re-read through my journal and saw a pattern of words given over a 30+ year period and one of the messages given to me by God leapt out from the page.

On 24th January 1996, during a time of personal worship, I had recorded that God had shown me a specific sequence of firstly Europe, South America, Africa, India and then other nations of the world.  Later that year God spoke to me again, saying that He would open a door that no man could shut and three years later that He would send me out to the nations, “yet a while and things which you thought impossible will come upon you.  Be ready, I have not called you to be a storage jar, but I have called you to be a vessel of honour, if you do not limit Me, then I will not limit what I will do through you.  Go forth in my name and sound the trumpet.”

Within one-year God has opened the door for me to minister in those three nations in the exact order He showed me back in 1996.  I have ministered in Peru as part of a 5-fold ministry team twice now.  In October 2018 I ministered as part of a team to the churches in Lima, Cajamarca and Trujillo.  I worked within the team as a preacher/teacher and together we saw 100’s of bible believers baptised with the Holy Spirit and released with a new power and vision to reach their cities.  In October 2019 we travelled in Lima and Cajamarca continuing the work established there and seeing many come to salvation.  We extended the reach of the ministry to Callao and Cusco where I brought a clear word of identity and unity to the churches in these cities, again seeing God move in healing, and salvation, as I ministered as part of the team there.

In August 2019 I was invited to travel to Africa, to Uganda to be part of a teaching conference partnering with the Pastors Discipleship Network in Kampala, their objective being to train and equip the African Pastor.  I have been invited to return again this year but the invitation is on hold due to the current travel restrictions.  In February 2020 I was invited to Uganda to be part of an apostolic ministry trip.  The team travelled around the south west, central area of Uganda and also in Kampala, bringing the “now” word of God to the churches and seeing a fresh outpouring of God in these places.  Again, there is an invitation to return as soon as I can to continue the teaching/equipping of the churches there.  In the meantime, I continue the ministry through social media, zoom, WhatsApp and Face Book.

I am currently preparing to return to Lima, Peru in October this year and I am able to take two young women in their early 20’s with me, as I sense God asking me to train and equip the next generation for the ministry.  Both of these young women have a heart for God and to be obedient to His call.

I continue to minister in the UK by invitation and I have never needed to push any doors to open.  I have been invited to minister in India which we are now sensing will be next year due to the travel restrictions.

I sense God is sending me on assignments, and I am saying I’m here Lord and ready to go where you show me.  It’s a great faith journey of experiencing God’s provision. God spoke clearly to me about Him being my provider so my testimony is that so far, the money has been there just before each trip, and these are expensive flights.  When I receive an invitation overseas, I say that I will cover my flights, travel, accommodation and food so that I am not a drain on the believers I am ministering to, and God has to date provided the exact amount for each assignment.  If God is speaking to your heart to give, then I can assure you that every penny will be spent in ministering His word to the nations to which He is sending me, with accountability and good stewardship.

Allow your followers to give and to create fundraising pages

Get started Find out more