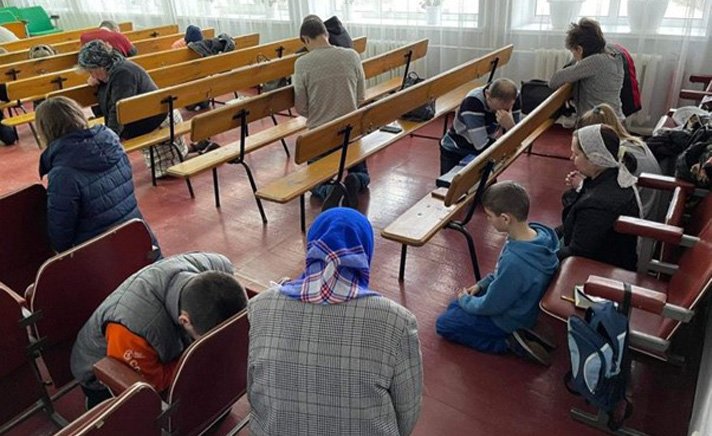 Give to Hope Lebedyn

Thank you all for your support and prayers for the team and ministry of Hope Lebedyn.

As Founding Director of Hope Lebedyn, I have been in regular contact with members of the team in Ukraine, and we continue to pray for their safety and for peace.

Despite this incredibly challenging time, the team continue to shine light amid the darkness. They were made aware that many Ukrainian troops, reservists and volunteers on the edge of Sumy did not have any food. The team took the initiative, assembling meals that they delivered to the military unit which was under siege. They were so grateful, and the ministry team still continue to shine His light. As the Gospel of John boldly proclaims, ‘The light shines in the darkness, and the darkness has not overcome it’ (John 1:5 NIV)

As of the 27th of February, at 7.30am GMT (9.30am Ukraine time), we have been informed that the team are alive despite the heavy fighting and shooting that took place all night. In the morning, those who were able to gather together in the church, joined together in fervent prayer. Please also join us in praying for their safety.

The darkness continues to loom, and the team and families have been taking shelter in their homes or trying to seek refuge in bomb shelters, unsure of what will unfold moment to moment. We were also informed that an unexploded bomb was in a friend’s garden less than 1km away from where our Mission Director lives.

Tonight, at our church prayer meeting within our local church, we were able to have a Zoom conversation with the Mission Director and his wife. It was an immensely precious time where we were able to hear so much more first-hand than we are receiving on the news. They were late logging on as gunfire was in the area and they needed to keep the lights off so that it would not bring attention to their house. They are at peace with everything and not panicking. Here were some of the key things the team shared:

Unfortunately, there is now no food in the shops, meaning the local community and neighbouring towns are struggling to feed their families. The team have managed to acquire a tanker of milk from a local farm to help feed families this morning!

Testimony – Children’s faith in the midst of darkness

At the end of the meeting, they shared a beautiful story. A nearby orphanage was uncovered around 8 years ago which adults had abandoned, leaving the children to fend for themselves. This was due to a change in rules relating to running orphanages post the Euro Cup in 2012. The orphanage has since been transformed and our team have been working alongside the leader to provide food, run a summer camp and regularly perform our puppet theatre shows to young children there.

The bombing around Sumy this week became really intense so the leader of the orphanage said to all the children that they could all take just one thing with them to the bunker for shelter. When all were settled, she asked them what they took in. One by one, 55 children all pulled out the same thing. It was a new Bible we gave them over Christmas. It is the Ukrainian translation of the Jesus Story Book Bible. The children prayed for a long time. They remembered all that had been taught through the puppet ministry and it has stayed in their hearts. We all wept when we heard this.

The above could have only happened through the faithfulness of the supporters to Hope Lebedyn who raised $10,000 to purchase the 2,000 bibles. We pray that the others that have been given out will make the same difference.

If there are ways you are able to continue to support the team and ministry at this time, please visit our support page below.

Thank you so much for your continued support.

Give to Hope Lebedyn